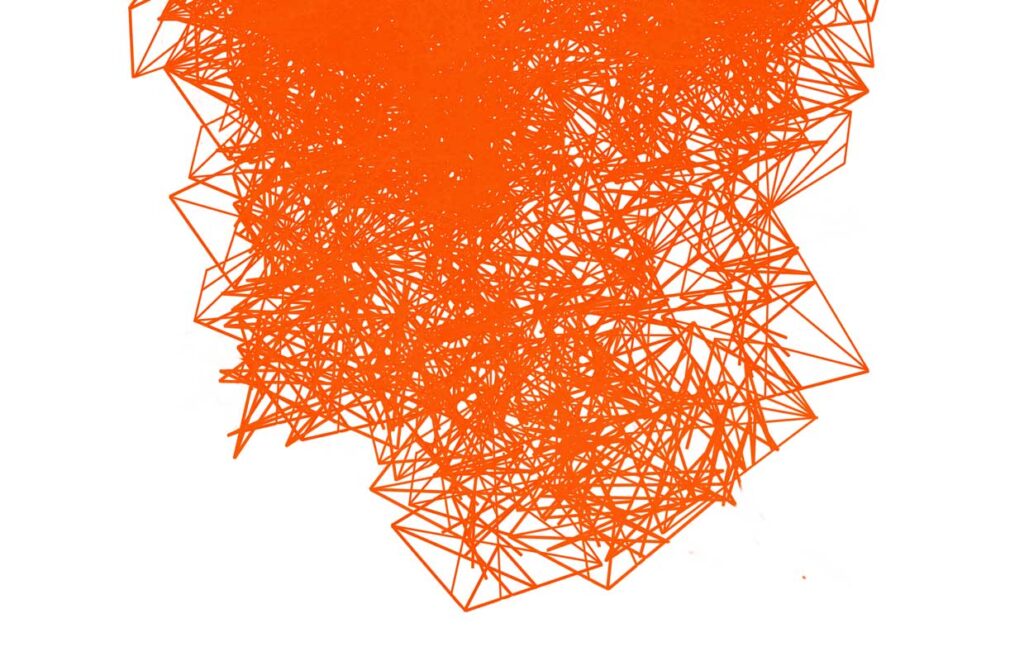 In the years 1997 – 2000 I made some projects where I used clothes as a medium.
Drawings and texts were printed on fleece garments, and these were then presented and distributed in different ways. By printing works on clothing that people wore, a kind of happening took place and the work could be experienced like a work in a public space.

One of these works is Vortex, initiated in1998 in cooperation with the Icelandic Red Cross. Vortex consisted of 500 sweaters with silkscreen printed geometric drawings. The Icelandic and Yugoslavian Red Cross decided to give the sweaters to Croatian and Bosnian Serbs who were refugees in the village of Sremski Karlovci in Vojvodina.  In December 1998 I documented the distribution of the sweaters and in 2018, 2019 and 2021 I came back to follow up on the work. With help from the Serbian Red Cross I found 3 of the sweaters and met some of the refugees. What is being exhibited at Hotel Belgrade is a part of the production from those visits. T-shirts with drawings and texts from dialogues with the refugees and other people, and the video from 1998.