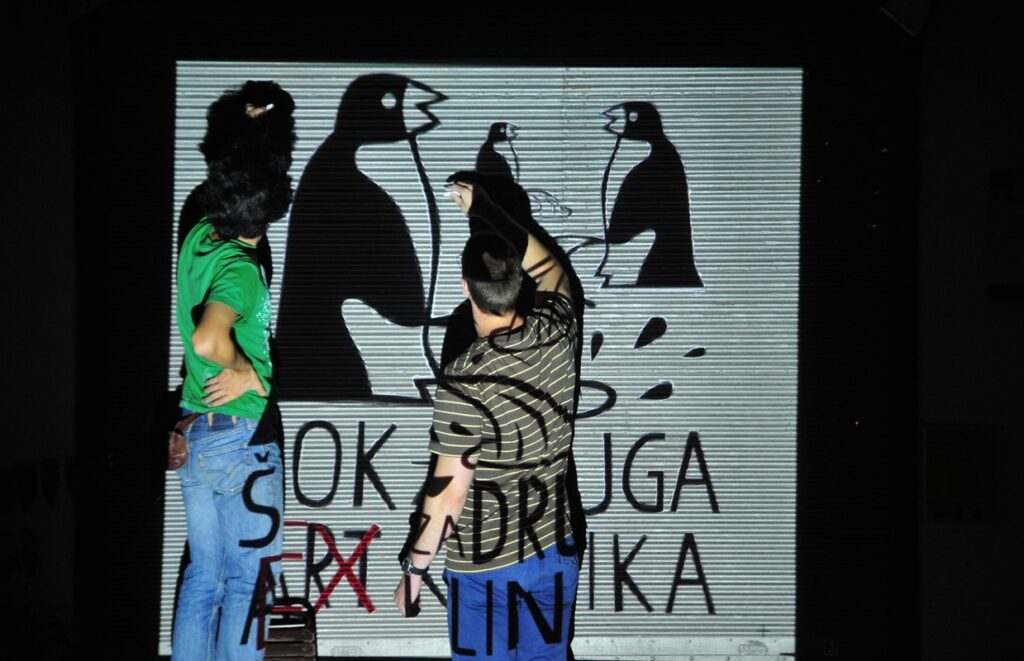 Karkatag is Belgrade based Serbian art collective. It exists since 2009. Work of collective includes machines, interactive and autonomous installations and manipulable objects.
Collective uses industrial materials and technologies in research of different natural and scientific phenomena, interactivity and performativity of machines, sound, motion.

Through public actions and performances, by placing installations and machines in space as urban scenography and props, collective also introduces social aspects of its work.
In those settings spectator/passer-by is being involved in co-play with machine/installation and thereby becoming an active partaker in changing the perception of space and daily routine of the city. Karkatag works are participatory and the situation generated through their use is integral part of their realization.

The Shock Cooperative has a exhibition program that is turned towards new concepts of art activity: demonstration of life processes and/or intervention in everyday processes, border areas of art, society, politics and/or culture.

Thus from a guerilla, subversive art group, through a critical collective of social and art practices (Art klinika), following the accelarated puls of social and political changes, MMC LED ART has reached a formulation of the conceptual frame for future activity: cooperative and cooperative movement as the new articulation of fellowship.
The Shock cooperative is redrawing the assigned institutional and disciplinary frames, formulating new, “wild”, unconventional models of cooperation, replacing the periphery with center, basement with public space.