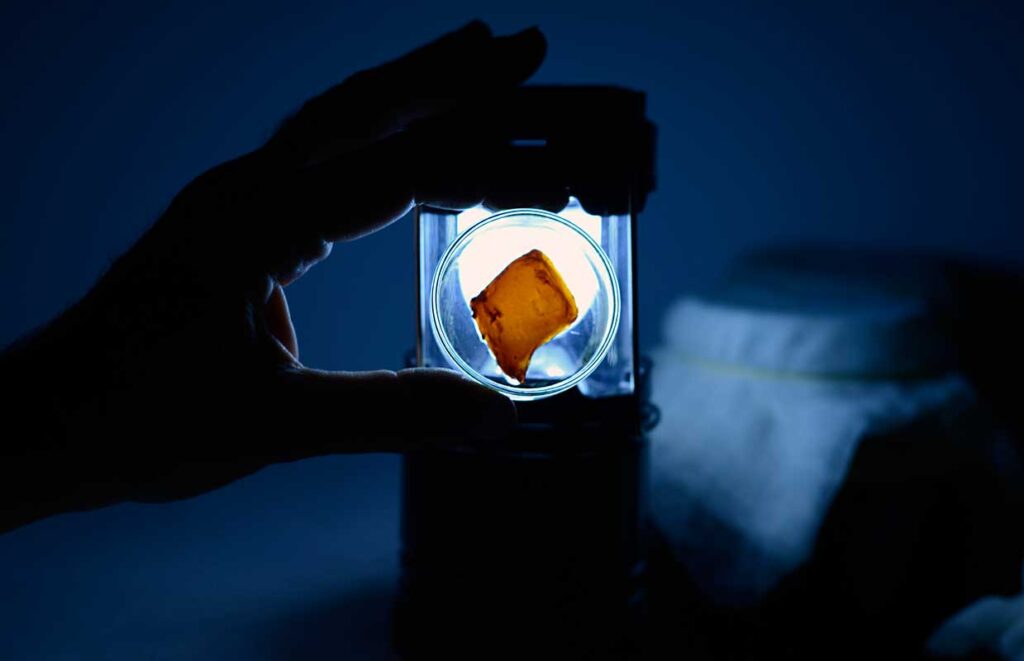 The beverage Kombucha was consumed mostly during the second half of the 20th century. The drink was home made and mostly every house had a few bottles of this beverage with the starter culture – SCOBY (symbiotic culture of bacteria and yeast).

The material and the drink is made by fermentation from black tea which contains higher acidic content during the process. The beverage and the cellulose is health beneficial which I am implementing as a site specific piece into the chosen room 13. at Hotel Belgrade. The effort for building a special architectural piece during the first half of the 20th century strains a lot of effort which inspired me to present a fragile cultured material stretch (with small chains) into the walls of the historical and unfortunately abandoned building. Keeping the old characteristics of the space (including the hygiene – ants, cobwebs) I am implementing a biological matter in open faze, which during the set up will change its visual/physical and biological appearance, such as the building during the time. The metaphorical approach of the work includes the biological, cultural heritage of the whole space.

Adrienn Újházi (born 1995, in Novi Sad, Serbia) is a young female visual artist from Serbia and the first person who works and represents an alternative artistic production: cultivating a plant based material named SCOBY. She directs her work towards examining the relationship between man and nature, which includes the fields of ecological art and Bio Art in the form of various visual media such as: paintings, drawings, videos, objects, installations. Adrienn,graduated from bachelor (2018) and master (2020) academic studies at the Academy of Arts in Novi Sad, in the Department of Fine Arts, study group – Painting. She has received several scholarships and awards. In 2019. She was invited to Montemero Art Residency by iksvy art (Zeren Oruc) as a workshop instructor for organic material making and alternative art production.  She had a few solo exhibitions in Serbia, with several collaborative exhibitions with colleagues of her generation.

She has exhibited more than 80 times overall and has participated in international collective exhibitions: Macedonia, Montenegro, Croatia, Slovakia, Hungary, Slovenia, Spain, Turkey, Germany, Austria, Netherlands. She participated in several projects, and also cooperated with an international art dealer Anikó van Nie (2020), and galleries such as the NOVEMBER Gallery and the NEW GALLERY OFVISUAL ARTS (NVGU) in Belgrade (2020).