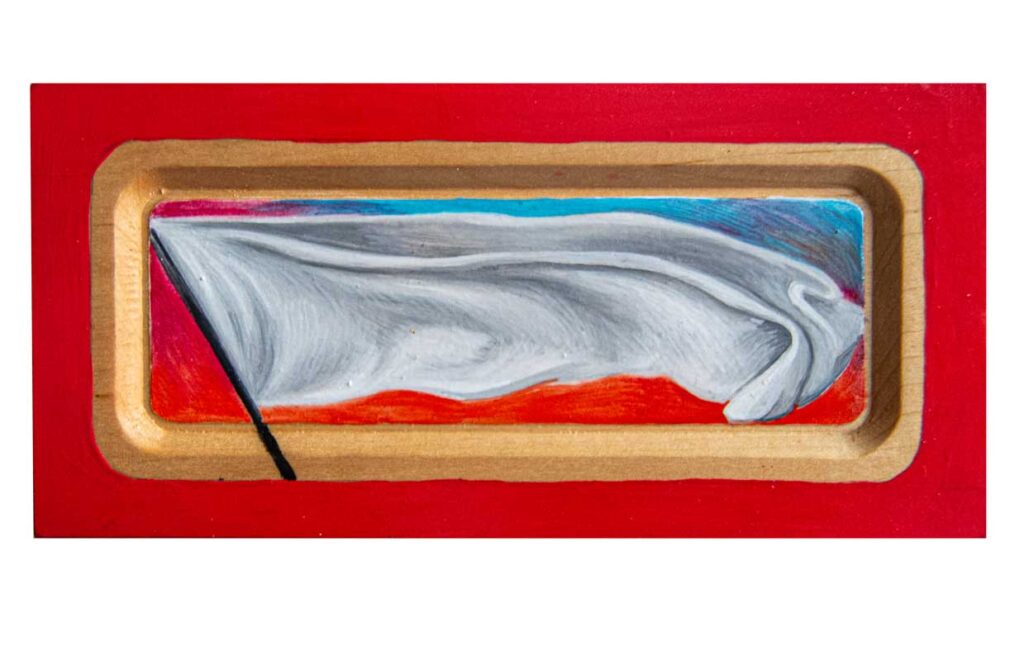 His exhibited work includes a tapestry and paintings from the series A Well Kept Secret.

As templates for this works, mythological and religious scenographies and motifs are used, but with the eviction of actors from canonical images. Instead of a mere interpretation, the series deals with the appropriation and reconceptualization of physical space, and consequently with the mental image that remains within us. And the need to shatter the reality of illusions and to build new moral paradigms of 21st century human, in the gap between seemingly achievable abundance and the need to be excluded from everything.

Petar Aleksić graduated in Conservation and Restoration at the Faculty of Applied Arts in Belgrade in 2020. In parallel with the faculty, he edited and organized the program in the alternative cultural center Kvaka 22. His work primary revolves around the field of painting,murals, tapestry and poetry.