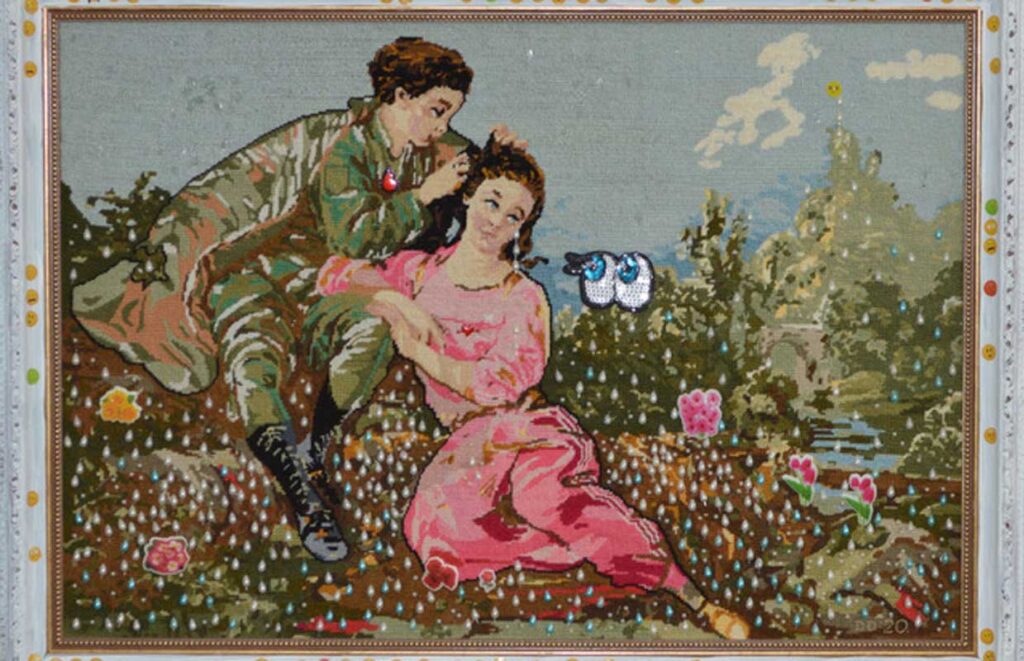 Romanticized Wheeler’s tapestries were found in most of the houses I was in when I was young, as a symbol of happiness and balance of one family. At the same time, it was a symbol of luxury, considering that the schemes were expensive, and the work itself required a lot of free time. Today, I changed Wheeler’s tapestry with the finished drawing “La Pastorale” by a subtle deconstruction of the work. Instead of a romantic couple in flowers and carefree, my couple is saying goodbye. He is in a military uniform, she in pink Adidas trainers, while her tears (children’s stickers) soak the ground … Guided by the authentic ambience of the past, the work itself is on specially designed wallpapers made in the computer program Art Matic Designer.