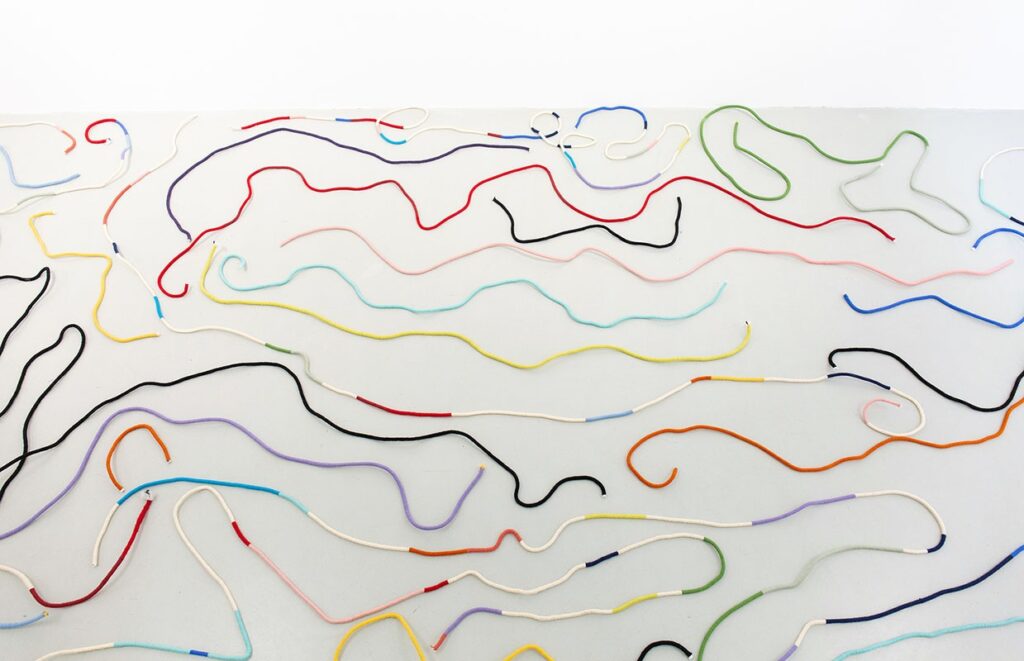 This work was part of solo show CURIOSA, opened at Novembar gallery in January 2020. I see this sculpture as another form of a drawing. This time the line has transformed into a tangible object we can perceive more extensively with not just our minds, but with our physical bodies as well. This work is created as a static inscription of a three-dimensional music composition.
It is a moment in time, captured and documented in another form. Every shape, curve, colour and line can be transposed into a different sound, creating a piece we can now “hear” with our eyes, our fingertips… I was inspired by the composer Eric Satie who referred to himself as a “phonometrograph” or “phonometrician” – meaning “someone who measures and writes down sounds”, preferring this designation to that of “musician”.

Emilija Radojicic was born in 1989. in Belgrade, Serbia. Graduated at Faculty of Applied Arts in Belgrade, MA of Art and Media Theory at University of Arts in Belgrade.
She is a founder of ETAR, an art and design studio. By now she has had many solo and group exhibitions, audio-visual performances, collaborations and publications with different artists, curators, institutions and galleries.

Emilija uses her artistic curiosity as a starting point for showing us her inscapes, as well as advancing into the world of three-dimensional drawings and spatial installations.
Regardless of the medium that currently captivates her (but does not define her artistic practice) curiosity as a driving force is not determined by the medium and can be accomplished in drawings, woven paintings, installations, objects, sound…