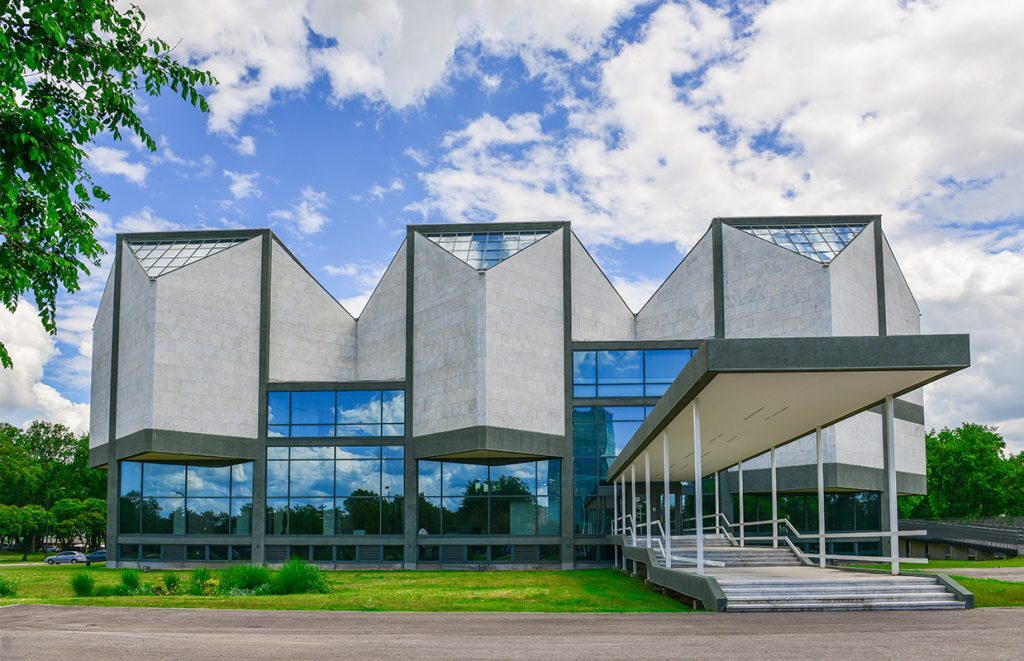 Vladimir Veličković was a unique artistic figure who, due to the complex characteristics of his identity, simultaneously belonged to different cultures: Serbian, Yugoslav, French, European, and pushed the boundaries of perception in the Yugoslav art of the time, also leaving us the possibility of re-examining the current post-Yugoslav art scene.
The exhibition, which is organized at all five levels of the Museum, will include over one hundred works by Vladimir Veličković realized in the media of painting, drawing, and graphics, comprising thirteen works from the collections of the Museum of Contemporary Art in Belgrade acquired over the past decades, from 1962 to 2019.
In addition to works from the Museum’s collection, the exhibition will also feature works from other institutions, museums, and galleries, such as Centre Pompidou, Musée national d’art moderne – Centre de création industrielle (Paris), FNAC, Centre national des arts plastiques, Paris-La Défense (Paris), Museum of Contemporary Art (Zagreb), Modern Gallery (Ljubljana), Museum of Contemporary Art (Skopje), Dubrovnik City Museum, Nadežda Petrović Gallery (Čačak), Sombor City Museum, Valjevo Modern Gallery, as well as from private collections in the country and abroad.

Vladimir Veličković (1935–2019) graduated in 1960 from the Faculty of Architecture in Belgrade. He was an associate in Krsto Hegedušić’s Master Workshop (1962–1963) in Zagreb.
Starting in 1963, he exhibited his works independently and in collective exhibitions in the country and abroad, moving to Paris in 1966 to continue his career.
He represented Yugoslavia at the 35th Venice Biennale. He received numerous prestigious awards and prized in the country and abroad. He was a member of the Serbian Academy of Sciences and Arts (SANU), the French Academy (Academie des Beaux-Arts – Institut de France), and the Macedonian Academy of Sciences and Arts (MANU). He was awarded the highest French recognition in the domain of culture and art, the Commandeur dans l’Ordre des Arts et des Lettres, and the Order of the Légion d’Honneur. He was a professor (1983–2000) at the École nationale supérieure des Beaux-Arts in Paris. He is the founder of the fund for drawing Vladimir Veličković, which awards young artists from Serbia.

Museum of Contemporary Art in Belgrade was opened on October 20th 1965. However, Museum activities began as early as 1958, with the establishment of the Modern Gallery, an institution the purpose of which was to supervise the development of contemporary art in Yugoslavia. An open competition for the project of new building was announced in 1960, and architects Ivan Antić and Ivanka Raspopović won the competition. After the construction of the new building was completed, the Council of the Modern Gallery passes a new name for the institution – the Museum of Contemporary Art. The collection of the Museum consists of 8.000 works and represents the most relevant collection of art from the Yugoslav art space, which existed from 1900 to 1991.
Today, the policy of the Museum of Contemporary Art is based on the observation of contemporary art in Serbia, the Balkan region, and, as much as it is possible, in Europe and worldwide.